Princess Requirement: Knowing ALL the Songs

Being a party princess requires a lot.

Including knowing how to act, improvise, dance and yes, sing.

When I tell people about what I do, they know about the fun surface stuff like the dresses and the wigs and the makeup but it's all the behind the scenes stuff they don't realize takes even more work.

Even people who know I've been doing this for a couple of years are surprised - "Wait. I didn't know you could sing too!"

Singing isn't necessarily a requirement for being a princess performer but it's essential in my eyes.

The character's songs are a huge part of their stories. They tell us how they're truly feeling and often move the plot forward. Plus some of them are pretty darn catchy. (Even though the popularity of certain ditties could certainly be 'let go' and I'd be perfectly fine with it.)

Little ones love nothing more than hearing their favorite songs and are always in awe of a princess singing it just for them! 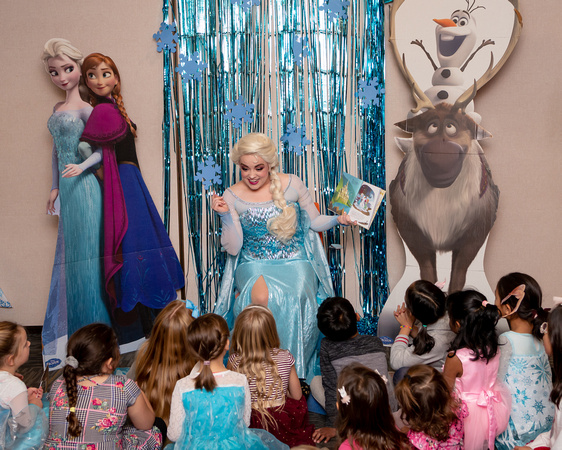 And if you're currently wondering "but Cait, don't you perform as seven different characters? Doesn't that mean you have to know all their songs?"

Especially because you never know which song is going to be requested. For instance, Rapunzel has a few songs from her movie and littles sometimes prefer one much more than the other.

Now if they request a princess to sing another character's song? (Yes, that song.) I might sing a couple lines but then casually redirect them to sing a song from the character's own movie.

It's actually my favorite part of each event. Nothing beats seeing the delight in their eyes when they hear the first couple of notes, hearing their slightly off key voices singing along with me, and watching them dance when the chorus starts.

Plus it's a lot of fun when I get to dance with them... well, let's just say it's easier to dance as certain characters than others.

Which reminds me of another question I get asked a lot as well: "Which character is the hardest to play? Which is the easiest?"

And I'll dive more into that next week!

MAKE YOUR PARTY 'PRINCESS PERFECT' WITH: