Remembering All the Details

Some may find it hard to believe that performing as six different characters is actually easy for me.

(Well technically it's seven; I did a virtual event as a certain Snow Princess who will make her debut once her dress has been altered! But you can see all the characters I perform as here: "Book a Princess")

And even though this may sound like a very overwhelming task, it's not.

When I perform as a princess, I'm not acting so much as becoming. 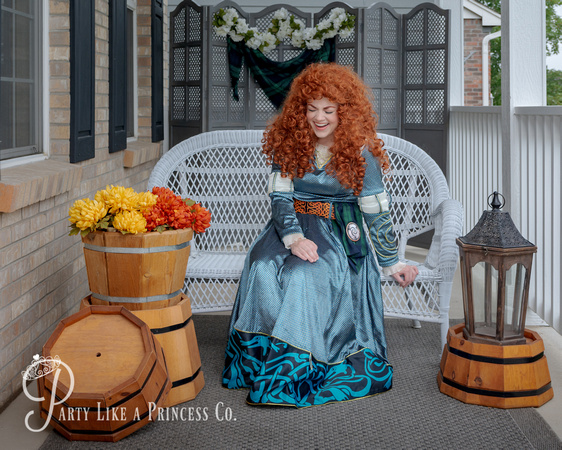 Here's the difference: when you're on stage with a set of lines, you're acting as that character. When you're at a party and 98% of your lines are improvised, answering unexpected questions and coming up with fun stories, you've become that character.

Which makes knowing and understanding each princess incredibly crucial.

Studying these characters is something I started to do when I was three (Is this what they mean by method acting? Asking for a friend.).

But when I started my own business, I knew how important it was to not only know their stories, but to know how they grew up, what their relationships were like with the other characters, and what their emotions were regarding certain plot points.

Are they more timid or adventurous? Are they confident in themselves always or only when they're around certain people? Do they talk a lot or more often choose to listen?

Knowing not just who a character is but what made them this way is what makes the improvisational part of this job so much easier.

So when little ones ask a question that comes out of nowhere, you're no longer answering as you think the character would - the character just speaks.

And this level of knowledge and becoming one with the character is even more important when families come to meet the same performer but as another princess.

I'll tell you all about those experiences next week!

(Sorry about the missing blog post last week. It was my birthday and I was also crazy busy!)

Gary(non-registered)
I really enjoyed this post... Over the years, I've always been so impressed by your improvisational skills. I've seen you effortlessly handle the incredibly broad range of questions that come from your clients - both big and small. However, I never really stopped to think about how your preparation (or as you say "becoming" your character) impacts your ability to answer even the toughest of questions. I guess all the book reading, movie watching, character analysis, costume selection, rehearsal, etc. really facilitates your ability to deliver a high level of authenticity in your performances. I'm impressed!
No comments posted.
Loading...
Subscribe
RSS
Recent Posts
NEW Princess Pajama Parties Princess Assistants Hear ALL What Princesses Know About the Modern World "Do You Know the My Little Ponies?" When Little Ones Ask Tough Questions The Easiest (and Hardest) Characters to Play Princess Requirement: Knowing ALL the Songs Making Magic with Every Move Meeting the Same Littles as Different Characters Remembering All the Details
Keywords
denver colorado party like a princess princess party castle rock colorado childrens princess party highlands ranch colorado littleton colorado lone tree colorado boo at the zoo castle rock
Archive
January February March April May June July August September October November December
© Party Like a Princess
User Agreement
Cancel
Continue